We are glad you found your way here. Please relax and take your time to peruse our page. We hope at the end of your quest you would have enjoyed yourself and must have found something useful.
Please visit out website: http://www.x2dtv.com

TOLUCCI IS OUT WITH A NEW SONG AND VIDEO 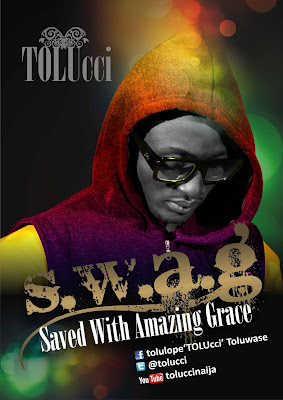 Tolucci, Christian Artiste, Music Producer and video director, has coined his own definition of the word 'swag' with his just released new song and video; the second video from the forthcoming album - The Minstrel's Notepad.

S.W.A.G, according to Tolucci, stands for Saved With Amazing Grace and it is a declaration of how he got saved, his unashamed stand for the truth in Christ, and his ride through life's temptations.

The S.W.A.G project was released in tribute 10 years of being ordained into the Music/Media Ministry.

x2dafrica
We provide & broadcast family-friendly entertainment content through the expression of the creative arts - a platform for discovering and unveiling talents.